Commonly referred to as the European blueberry (and with species name Vaccinium myrtillus L.); bilberry is a low-growing shrub of the Ericaceae family1, 2. The berries are tasty, small and have a blue-black colour. Bilberries are known for being one of the richest sources of a class of compounds called anthocyanins; a potent class of plant antioxidants1, 2.

Where Does Bilberry Come From?

Bilberry is native to Europe and North America1, 2. The wild European bilberry is one of the most important natural resources in Finland, where they are manually collected from forests for domestic use and for sale to the Finnish berry brokerages3. 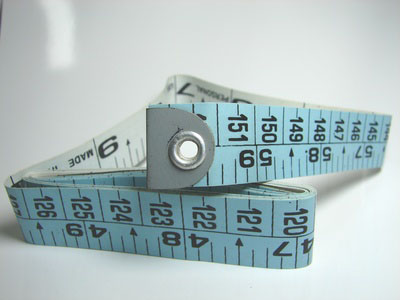 Bilberry is most well-known for its therapeutic efficacy as a powerful antioxidant. Most of the research has focused on a group of compounds called anthocyanins since they are considered to be the most pharmacologically active constituents of bilberry4. In trials, Bilberry has been studied for two major indications, namely, atherosclerosis/diabetes and eye health5. While there have been some very promising studies on the benefits of bilberry for atherosclerosis and eye health in animal models1, 7-9; studies in humans have produced contrasting results2, 5. One promising study in humans worth noting involved testing the effect of bilberry combined with lutein and fish oil on symptoms of asthenopia (i.e. eye strain). Compared with placebo the active treatment group exhibited significant improvements in symptoms of asthenopia and mental fatigue10. In this day and age where so many individuals spend time in front of a computer on a daily basis, the simple indication of bilberry for eye health is nonetheless valuable.

Dosages as high as 400mg/kg body weight have been administered to rats without toxicity. Long-term oral administration in humans of doses equivalent to 180 mg/kg anthocyanosides per day for six months produced no toxic effects. No mutagenic or carcinogenic effects were observed5,6. A review of studies comprising over 2,000 subjects taking bilberry extract reported only mild side effects affecting the gastrointestinal, cutaneous, or nervous system5,6.

Despite the wealth of research on bilberry, it is yet to feature prominently in sports/bodybuilding supplements. This is most likely due to its lack of association with health benefits related to muscle/strength gains.

Bilberry may often be combined with other complimentary phytoantioxidants and nutrient antioxidants to make comprehensive antioxidant formulas. Another popular combination is bilberry and other phytonutrients targeting eye health such as leutin and zeaxanthin. As highlighted above, bilberry combined with lutein and fish oil helped reduced eye strain and mental fatigue10. Otherwise, bilberry can be stacked with products that contain high levels of carbohydrates so as to optimise the action of insulin.

As might be expected with a food, bilberry consumption is very safe5. Since bilberry extracts have anti-platelet aggregating properties, very high doses should be used cautiously in patients with hemorrhagic disorders and those taking anticoagulant or anti-platelet drugs5.