Creatine is one of the oldest and best known sports supplements on the market. Searching the scientific literature will uncover thousands upon thousands of articles attesting to the performance enhancing abilities of this naturally occurring substance.

Creatine is made up of three amino acids – L-Arginine, Glycine, and L-Methionine. We make creatine in the liver, kidney and pancreas at the rate of about 1g per day, and it is also obtained through the diet, where meat provides the richest source.

The skeletal muscle cells store creatine, where it provides fast acting energy (For those interested, we have a number of articles which delve deeper into the science behind this). Supplementation introduces extra creatine into the muscles, which has many positive effects on top of increasing the rapid availability of energy to the muscle cells, which in turn allows greater generation of muscle power. These effects include increased glycogen storage, increased expression of anabolic growth factors, increased cell volume, giving the impression of greater muscle bulk, and increased cellular buffering capacity, which allows the muscles to work longer and harder (1).

Best Type of Creatine for Athletes

Creatine, in the form of creatine monohydrate, really shot to prominence in the early 1990s, when it was first championed by a number of Olympic athletes for its ability to legally enhance muscle power and performance. It was soon adopted by other types of athletes who value power, size and strength, and in 2007, the International Society of Sports Nutriton deemed creatine "the most effective ergogenic supplement for the improvement of high impact exercise capacity and lean body mass" (2).

Since creatine monohydrate made the first waves, people have been trying to improve upon it. These days, the market is awash with an array of creatine compounds, each carrying it's own set of claims. So which type of creatine is the best? Let's take a look at some of the options.

Creatine Nitrate – This is a very popular form of creatine, and it is used in a number of products. Binding a creatine molcule to a nitrate ion means that the body benefits from the properties of creatine and also the effect of the nitrates, which include vasodilation and increased blood flow. Creatine nitrate is said to dissolve up to ten times as well as monohydrate, but this is not well supported by independent research. The recommended dose of creatine nitrate is much less than creatine monohydrate, but there have been no studies looking at dosage and effectiveness, so we cannot make any firm conclusions. Creatine nitrate is popular before a workout because it can deliver cell volume, endurance and pump.

Creatine Hydrochloride – This type of creatine was formulated in 2009, and consists of a molecule of creatine bound to a hydrochloride ion. Creatine hydrochloride is known for its superior absorption, and it is sometimes said to be absorbed nearly sixty times better than creatine monohydrate, although there is no independent scientific research that supports this claim. Creatine HCl is often used 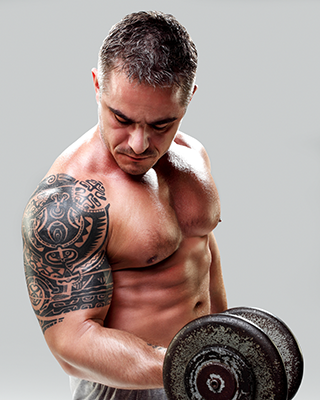 by people who believe it reduces the incidence of stomach upset and eliminates water retention. Many people believe it is the best creatine to use while cutting.

Creatine Phosphate – This is the form that creatine is stored in within the muscle cells, and many people believe that this is a faster and better absorbed variant, however there is no evidence to suggest that creatine phosphate is any more effective than creatine monohydrate.

Buffered Creatine or Kre-Alkalyn – This is a proprietary form of creatine that is bound to a buffering agent which maintains an alkaline environment (pH 12) around the creatine molecule. The manufacturers claim that this modification prevents the creatine from breaking down into waste product creatinine, leading to greater absorption and a lower dose requirement. This is a type of creatine which has been subject to scientific study, and it has been repeatedly shown to have no advantages over creatine monophosphate when taken in equal doses (3,4).

Creatine Pyruvate – Like creatine nitrate, creatine that is bound to a pyruvate molecule delivers the benefits of two molecules, creatine and pyruvate. Pyruvate is a substance that is naturally found in the body – it is made from glucose – and can be used by the body to generate energy. One study has shown that creatine pyruvate is slightly better absorbed than creatine monophosphate, but this is a small increase and the absorption of creatine monohydrate from the gut into the bloodstream is already close to 100% (5). In addition, creatine pyruvate is 60% creatine and 40% pyruvate, as opposed to monohydrate, which is 88% creatine and 12% water. This means that a larger amount needs to be taken to generate the same rise in blood creatine levels.

Tri-Creatine Citrate – Citrate can be used by the body to generate energy in a similar manner to pyruvate. The same study showed there to be no significant diffference between the absorption of tri-creatine citrate and creatine monohydrate (5).

While none of the limited experimentation that has been done has found an alternative that improves significantly on creatine monohydrate, it is important to note that many of these substances are very new, and there has been very little research performed on them. We are definitively able to claim effects for creatine monohydrate due to supporting evidence from thousands of studies, but as yet we are unable to draw any solid conclusions about any of the newer types of creatine.

It is also an appropriate time to bring up the obvious point that everybody is different, and everyone will react to supplements in different ways. So if you are experiencing side effects, are not responding, or just want to try something different, changing to a new type of creatine may prove to be an enlightening and fruitful tactic.