What is Aloe Vera? (Also known as Aloe barbadensis)

Aloe vera is a succulent plant1 belonging to the Liliaceal family, of which there are more than 360 species2. Aloe vera is a common name for Aloe barbadensis, the most widely used species of aloe3. It is often used in ointments, creams, and lotions intended for wound healing or skin protection. The International Aloe Science Council (IASC) describes three components of the plant that are used: leaf juice (whole leaf as the starting point), innerleaf juice (from the inner gel fillet), and aloe latex (yellow-brown sap between the inner parenchymous tissues)4.

Where Does Aloe Vera Come From?

Many authors have considered Aloe to be a member of the Liliaceae family, but it comes from a family of its own called Aloaceae5. This plant is however related to the Liliaceae family, and therefore also related to plants such as onion, garlic, and asparagus, which are known to have medicinal properties6. Most of these plants originated in the dry regions of Africa, Asia, and Southern Europe, especially in the Mediterranean regions7. 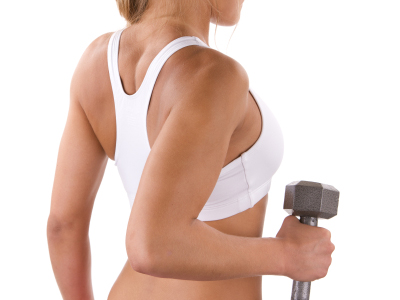 Negative Side Effects of Aloe Vera

Some studies have suggested that Aloe vera in skincare preparations may enhance the induction of skin cancer by ultraviolet radiation. A 1-year study was conducted in mice to determine whether the topical application of creams containing Aloe vera plant extracts (aloe gel, whole leaf, or decolorized whole leaf) or creams containing aloe-emodin would enhance the photocarcinogenicity of simulated solar light. The study found only a weak enhancing effect of aloe gel or aloe-emodin on the photocarcinogenic activity of simulated solar light in female but not in male mice12. In terms of its oral use, aloe is not carcinogenic at nontoxic-dose levels but when incorporated into the diet of rats at a level of 4% it showed a weak carcinogenic potential on the colon probably due to irritation of the intestinal tract by diarrhea13.

Given the main indication for aloe vera is as a topical agent, there are no specific dosage recommendations. Topical aloe vera is commonly used for sunburn damage to skin and therefore is applied soon after exposure to sun.

Aloe vera is most commonly sold in topical form, either as a gel or cream. It can also be sold in the form of powder or capsule for oral consumption.

Aloe vera is not commonly stacked with other nutrients, except in the case of topical applications where it may be combined with other extracts with purported benefits for skin, such as calendula, green tea, chamomile, grape seed, oatmeal etc.

Aloe vera is considered a very safe topical and oral agent when used in accordance with manufacturer’s instructions.